The Centre has completed its asset disposal programme for 2019-20 with an income of Rs 50,298.6, a deficit of Rs 14,701 at a revised estimate of Rs 65,000. The Centre’s divestment plans for February and March, which included a series of sales offers, an IPO and a specific sale of shares in the Indian company Unit Trust (SUUTI), were first influenced by the markets responding to the economic downturn and then the Covida 19 pandemic.

The last three transactions resulted in the sale of 100% of the government interest in NEEPCO and 75% of TDP to NTPC, which together received Rs.11,500, and the sale of 67% of the port of Kamarajar to the Chennai Port Trust. 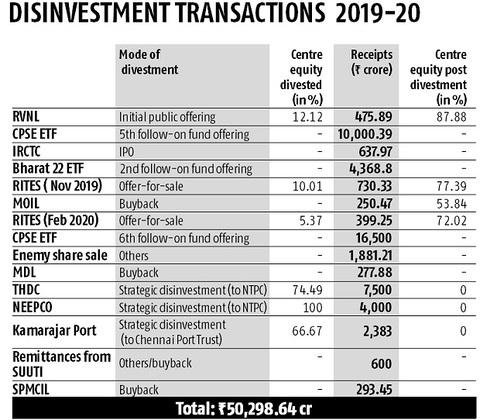 The proposed IPO of the Indian Railway Finance Corporation (IRFC) and the sale of the centre’s shares in ITC and Axis Bank for Rs. 8,000 by SUUTI are currently under consideration. A number of FSBs, including SAIL, NMDC, PFC, Coal India, IRCON, Hindustan Aeronautics and others, were also scrapped.

“The Lakers’ Net Profit Was $115.4 Million While The Detroit Pistons...