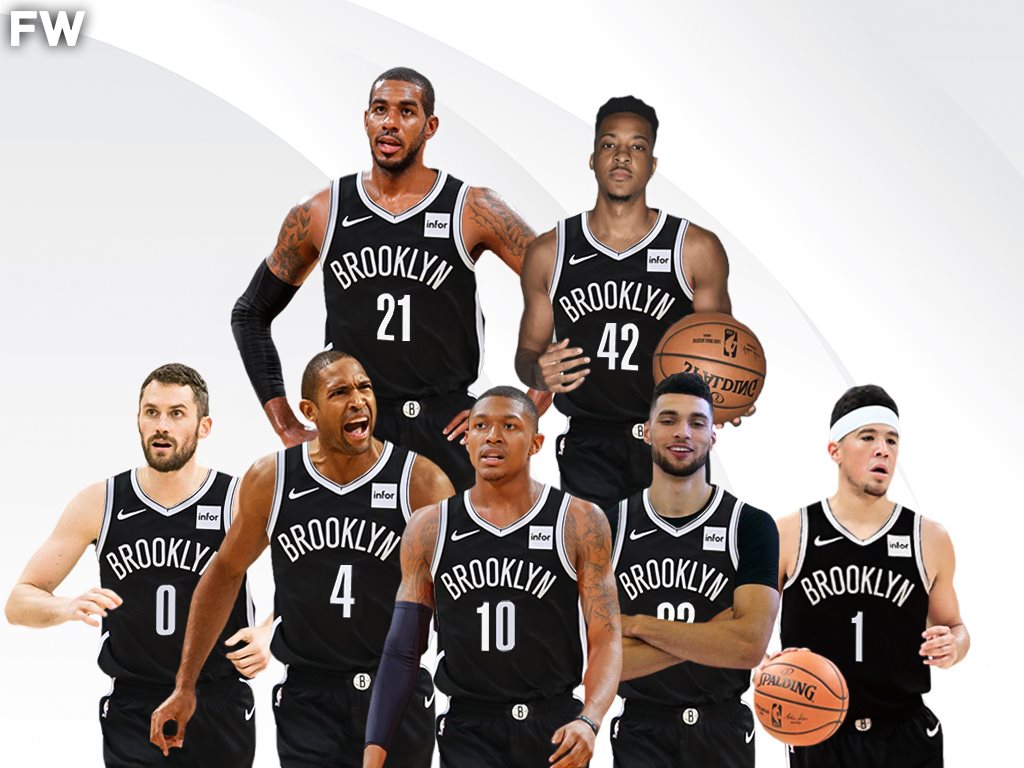 For the Nets, having the season suspended is probably a blessing. They are basically waiting for the return of Kevin Durant and Kyrie Irving to the lineup together, and the former needs as much time as possible to regain his full health following a devastating Achilles injury.

The Nets have been alright this season, mainly thanks to Spencer Dinwiddie and Kyrie when heâ€™s been healthy, so they have a strong squad to support KD when he returns. However, they might need a third star to pair with their duo. The West has some very strong teams and Giannis Antetokounmpo is leading the charge for the Bucks in the East. A third star might be necessary to increase their odds of making an NBA Finals.

Here are the main targets for the Brooklyn Nets to add their third star. The Nets have strong assets in all-around player Caris LeVert, budding All-Star Spencer Dinwiddie, athletic center Jarrett Allen, and a first-round pick to offer. 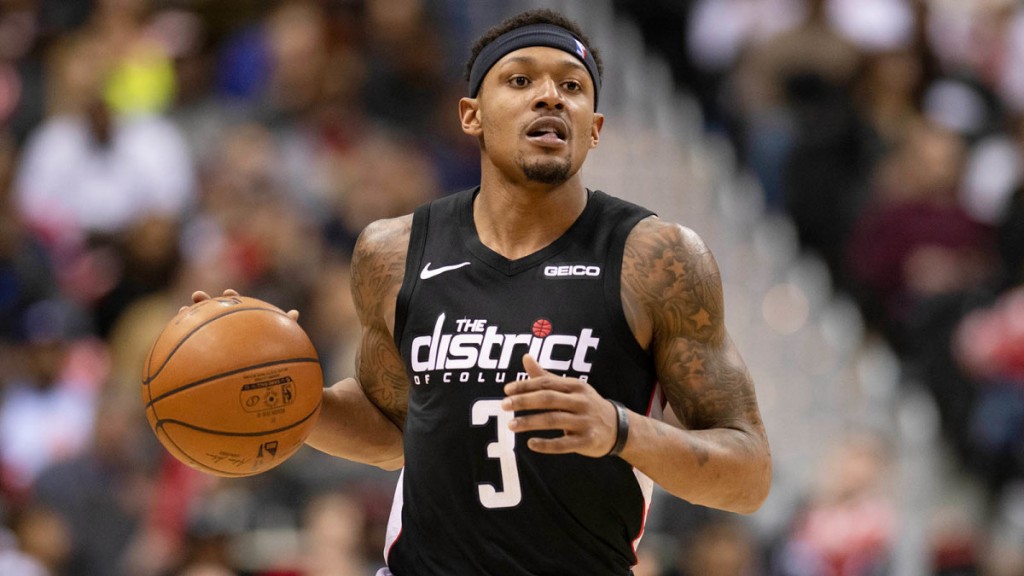 Beal is the hottest commodity on the trade market. He is a fantastic scorer, averaging 30.5 PPG so far this season. In many ways, Beal is a bonafide stud and an All-Star. It is clear that he is getting fed up playing for a very discombobulated Wizards franchise that really does not have a direction.

Adding Beal would give the Nets a dynamic trio consisting of the best offense in the league. No team has three guys that can get 30 a night, so the Nets should do whatever they can to make this happen. 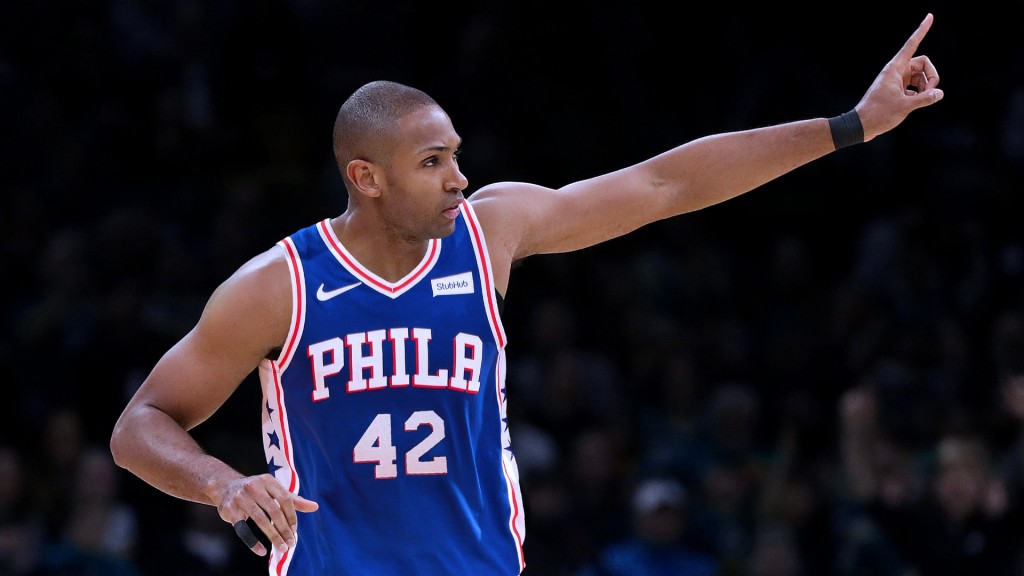 Horford has not had a very good season, and he will be the first to say it. But it may not be entirely his fault since he does not fit with the Sixers. Embiid already controls the paint, so Horford does not add much benefit to a Sixers team that needs more shooting and perimeter scoring.

However, he might be of use to the Nets and could give vital playoff experience as one of the better defensive bigs in the league. Horford can stretch the floor as a center, and also shore up the defense so KD and Kyrie can do their thing on offense. 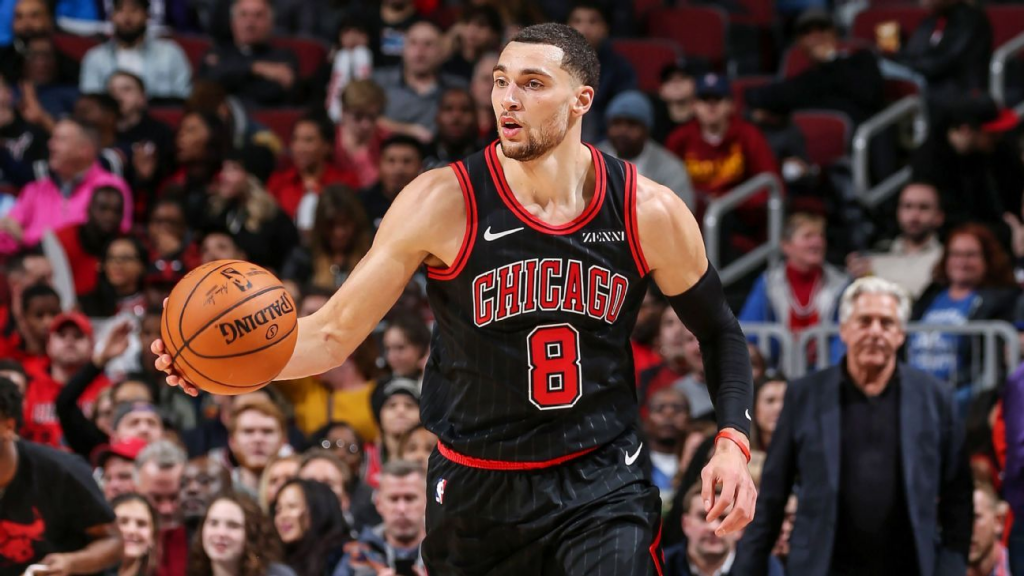 LaVine is developing into a legitimate scorer. In fact, he might be the perfect third option. He is deadly on the break, is a great shooter, and a tremendous athlete when he sees a lane to the rim. LaVine would love playing with Durant and Irving, who control a lot of defense and dictate the pace of play. 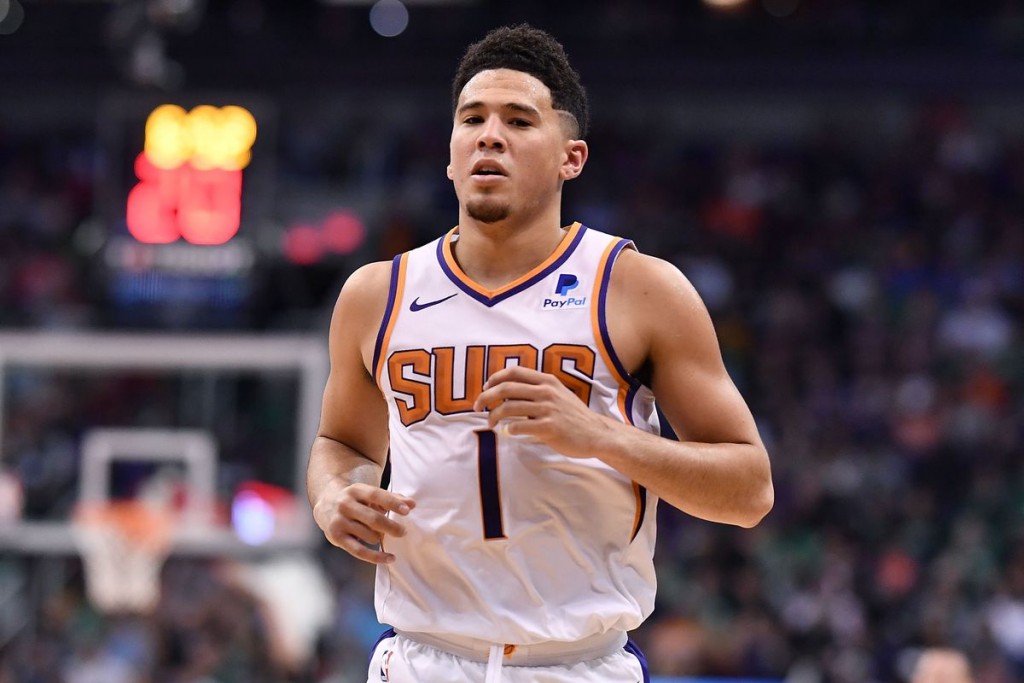 Booker is an All-Star player, and it is only a matter of time before he begins to put his mark on the NBA. He is a marksman from deep and is developing an all-around scoring game where he can create his own shot. Booker is on par with some of the best scorers in the league if he keeps up his improvement.

The Nets would give him plenty of open looks, opportunity to create shots, and a dynamic offensive player that will run teams out of the building. KD, Kyrie, and Booker is simply a lethal trio that most defenses wonâ€™t be able to handle. 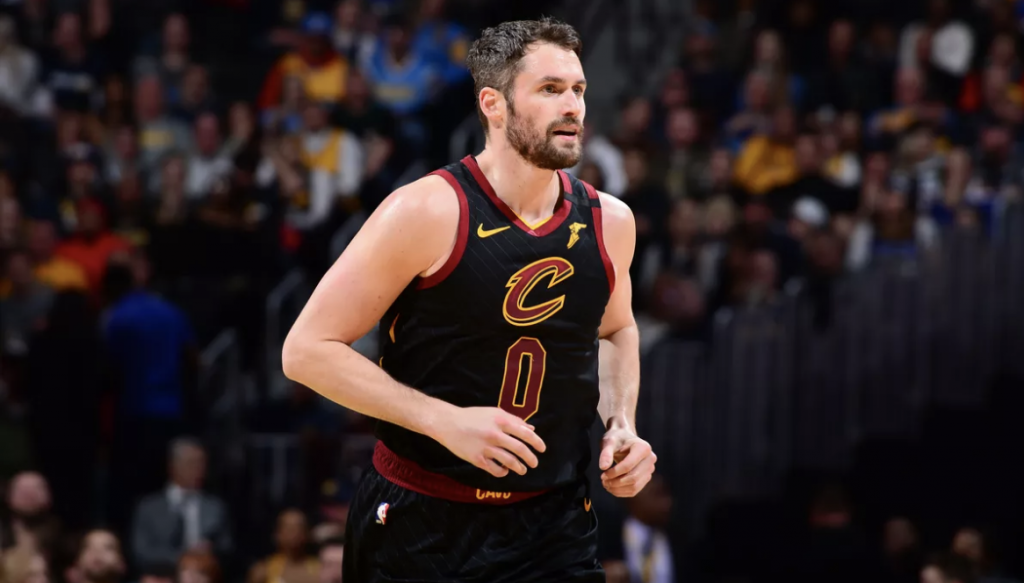 (via Bright Side Of The Sun)

In case Brooklyn wants a sharpshooting big man, Love is their man. Love has shown he has what it takes to be a championship player and he proved it in the NBA Finals. Love is a player who will do the dirty work and not mind being a third option.

Love is averaging 17.6 PPG and 9.8 RPG this season for a team that is sinking more to the bottom of the league. He must act now to compete for a title, and Brooklyn is a great fit for him. 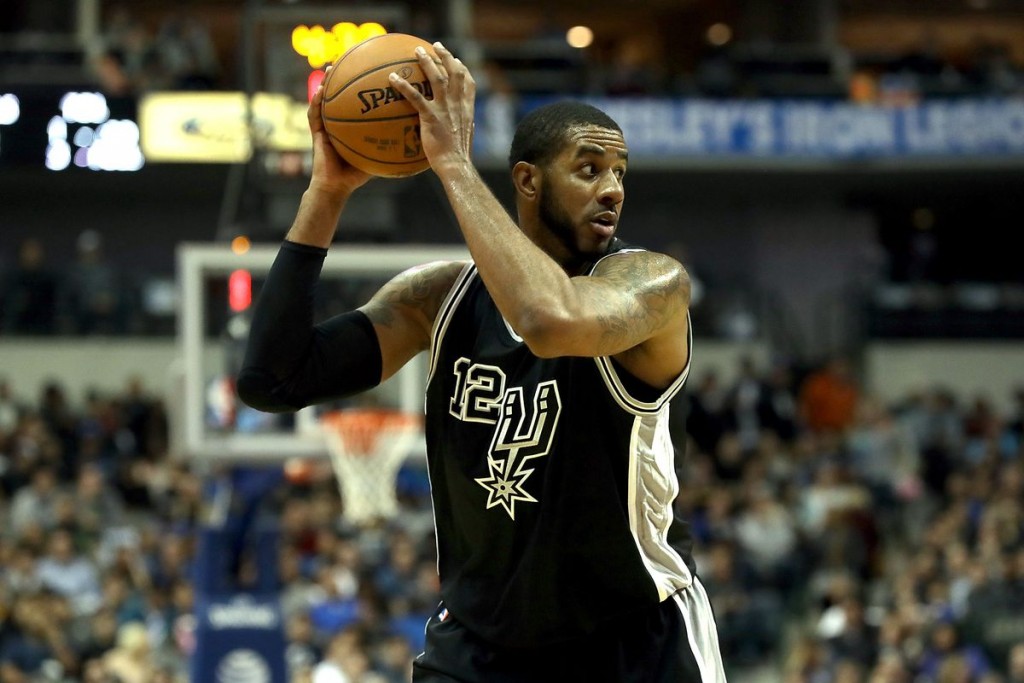 Aldridge has not been at his best ever since he went to San Antonio, and many are wondering why he didnâ€™t leave already. The Spurs clearly wanted to hold on to him, but it might be time for a split.

Aldridge is averaging 18.9 PPG and 7.4 RPG this season, and he will be a nice fit alongside KD and Kyrie because he can do damage from the inside and add another scoring threat. 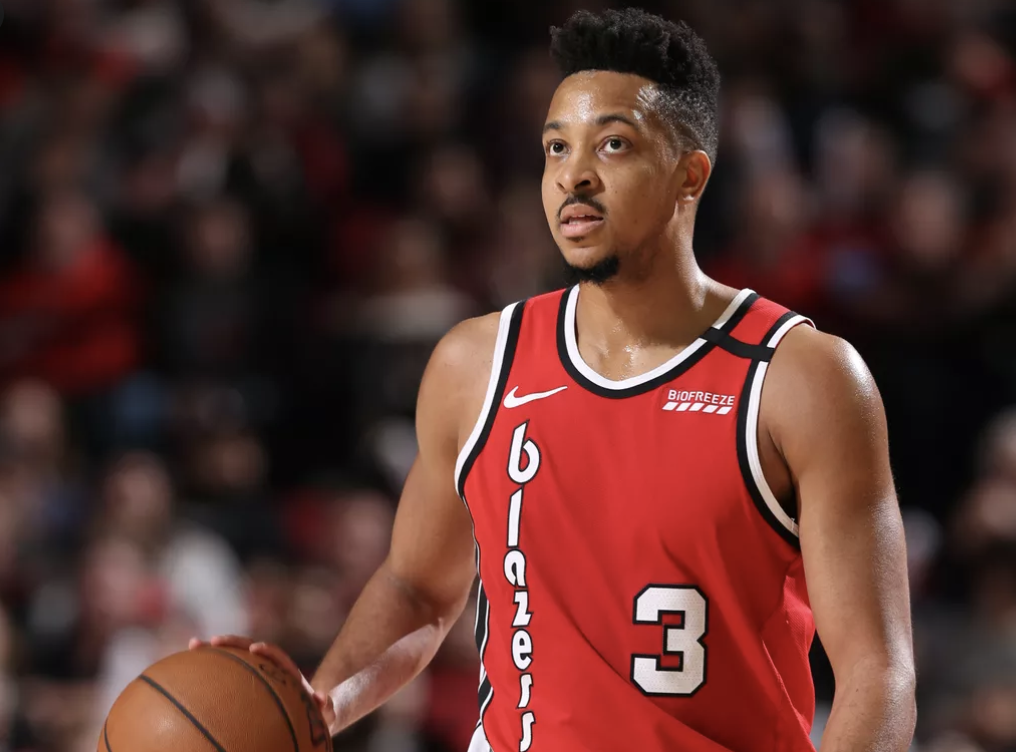 McCollum is another perimeter scorer who would give the Nets an unbelievable third option. In case the Nets miss out on Beal or Booker, McCollum is the best bet to add a third scorer to the team.

He is averaging 22.5 PPG this season for a Trail Blazers team that is out of the championship race by a margin. The duo of Lillard and C.J. might not be working as much as recent years, so the Nets might capitalize and grab him to join KD and Kyrie.

Ranking The Top 15 Best Players In The NBA Right Now

Mission Impossible: How The Lakers Can Land Damian Lillard This Summer

2013 NBA Champion Miami Heat: Where Are They Now?

A 26yr old girl entrepreneur sets the wheels in motion of...

PM Modi thanks people from different walks of life for supporting...

CocoHigh: Spreading Happiness one Tin at a Time