Raina didn’t play all the matches during that World Cup as Yusuf Pathan was the favoured choice for India at No.7. 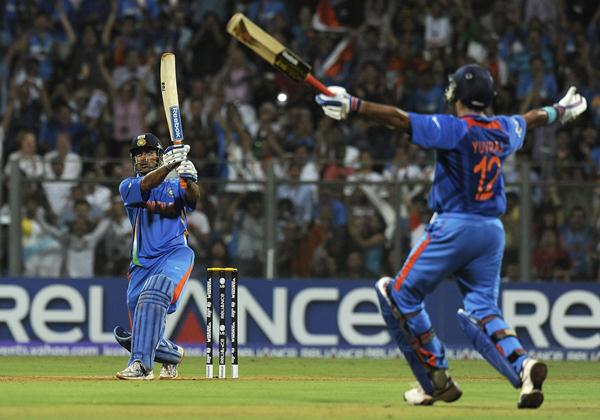 Suresh Raina has been an unsung hero for the Indian team over the years. The Uttar Pradesh batsman hasn’t played for India since 2018, but still can be a great player going into the upcoming T20 World Cup in Australia. In a recent interview, Raina spoke about the final of the World Cup 2011, which India won by defeating Sri Lanka in the final. Raina also was part of the squad which then later went on to win the Champions Trophy in 2013.

Raina revealed how everyone in the Indian dressing room was quite relaxed even after Sri Lanka put a good total of 275 in the final. The team had lost Sachin Tendulkar and Virender Sehwag quite early. When Virat Kohli’s wicket fell, the side was struggling. However, Gautam Gambhir and MS Dhoni got together for a fantastic partnership, which guided India to a historic win.

“Even though Sri Lanka put up a challenging total, everyone was calm in the dressing room. Someone was in the shower, someone was taking an ice bath, someone was eating, yet everyone was thinking about the trophy, everyone in their zone and no one was talking to each other,” said Raina as quoted by Sportstar.

“There was just one goal and that was to win the trophy. There was pin-drop silence when Sachin paaji got out but we remained calm. You should have seen the way Gautam Gambhir (who made 97) entered the field after Sehwag’s dismissal. He was so confident. Seeing his body language, I thought he would win us the World Cup,” he added.

Raina also revealed why MS Dhoni, who was battling with form during the tournament decided to bat ahead of Yuvraj Singh. When India lost the third wicket, at no.5 everyone expected to see Yuvraj walk in but it was the captain who came out to take the guard.

“Dhoni (who made 91) came ahead of an in-form Yuvraj, that was a big call but Dhoni told Gary Kirsten (coach) that he could play Muralitharan well so he went in. I still remember everything so vividly,” said Raina.

Raina didn’t play all the matches during that World Cup as Yusuf Pathan was the favoured choice for India at No.7. But his constant failures made Dhoni make a big call of dropping Pathan ahead of the quarter-final where Raina played.

The left-handed batsman ended up playing a good knock in the quarter-final to guide India home. In the semi-final, Raina once again came to rescue of the Indian team when he helped them to get to a total of 260 after the occurrence of a mini-collapse.

Pandemic opens the door to new and old ideas for a...