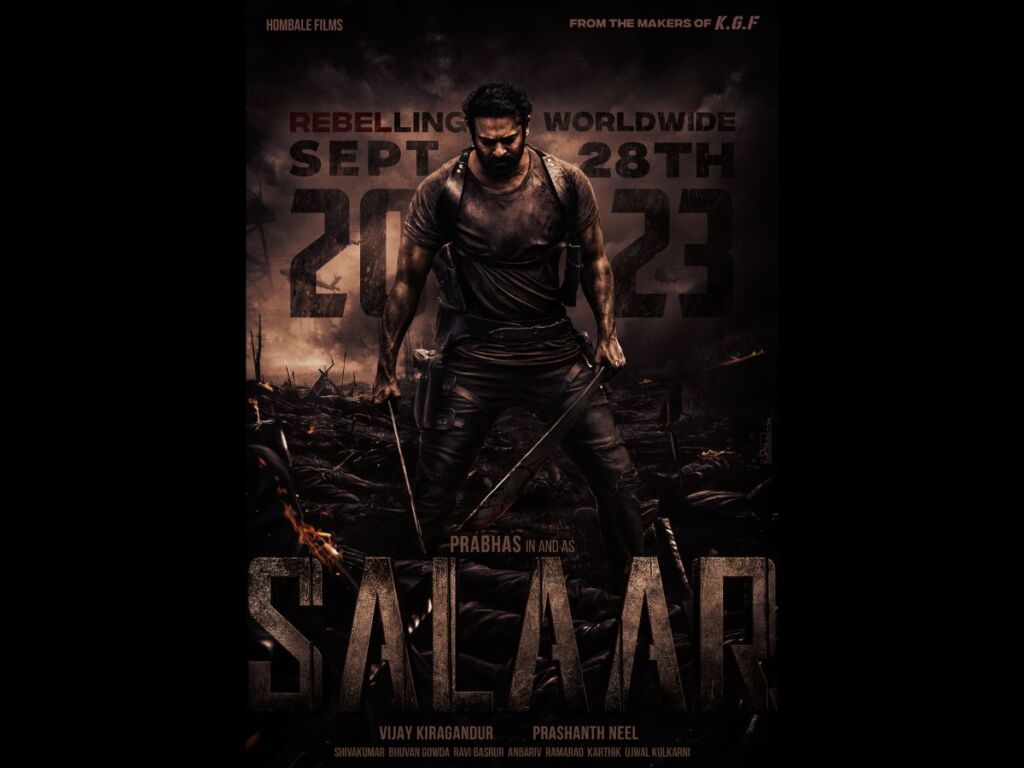 New Delhi (India) August 19: Followed by the mega success of KGF: Chapter 2 released in April, the much-anticipated movie “Salaar”, starring bankable and Pan India established star Prabhas, is all set to hit the screens in September 2023. The film will release under the banner of ‘Hombale films’.

Off late south Indian filmography has been grabbing a lot of eyeballs, and directors and producers are exploring their way through regional content by tapping on some amazing talents that the entertainment Fraternity possesses.  “Salaar” is a movie decked with action and adventure. It has been curated with an ensemble of a talented team and is a collaboration of producers, directors and technicians of KGF along with Bahubali fame, critically acclaimed and accomplished star Prabhas.

Starring prominent and dynamic actor Prabhas of Bahubali fame and directed by supremely talented Prashanth Neel, it will awe the audience in no time. The team of Salaar aims to bring to the table the genre of action and adventure with an element of uniqueness and freshness, which Indian cinema has not witnessed much. The film was shot in mesmerizing landscapes across India and countries like India, Europe and middle east Africa. Along with Prabhas, Prithviraj Sukumaran, Shruti Haasan, Jagapathi Babu, Easwari Rao, and Shreya Reddy play pivotal roles.

South Indian filmmakers have been experimenting in myriad ways, and with Prashanth Neel at the helm of this movie, he has made sure that Salaar will reflect not only talent and creativity but will also be a jaw-dropping and delightful watch for the audiences in terms of VFX and the use of technology. To accomplish the objective of delivering a promising watch in terms of VFX, the team has hired a foreign studio, and the same will help them deliver winsome content.

In an exclusive chat, director Prashanth Neel mentioned that he is pleased and delighted to work with Prabhas again in this action, adventure and exciting genre movie. Further, he added that he is very sure that Prabhas’s delivery of this power-packed role will be winsome, and the film will be a treat for Prabhas’s fans as this is the rawest and Mass-iest Character Prabhas has ever played.

Hombale films thrive to serve distinctive cinematic experiences with every endeavour they undertake. They aim to ensure that all the projects by Hombale films are outstanding pieces of the direction, art, cinematography, acting and story plot that keeps you up throughout.

The post Prabhas Starrer Salaar Is All Set Swoon The Audiences Worldwide In September 2023 appeared first on Republic News Today.

Gazab Media, the Company behind Songs like “Gutt Ch Paranda”, The Most Conversational Songs Of 2022