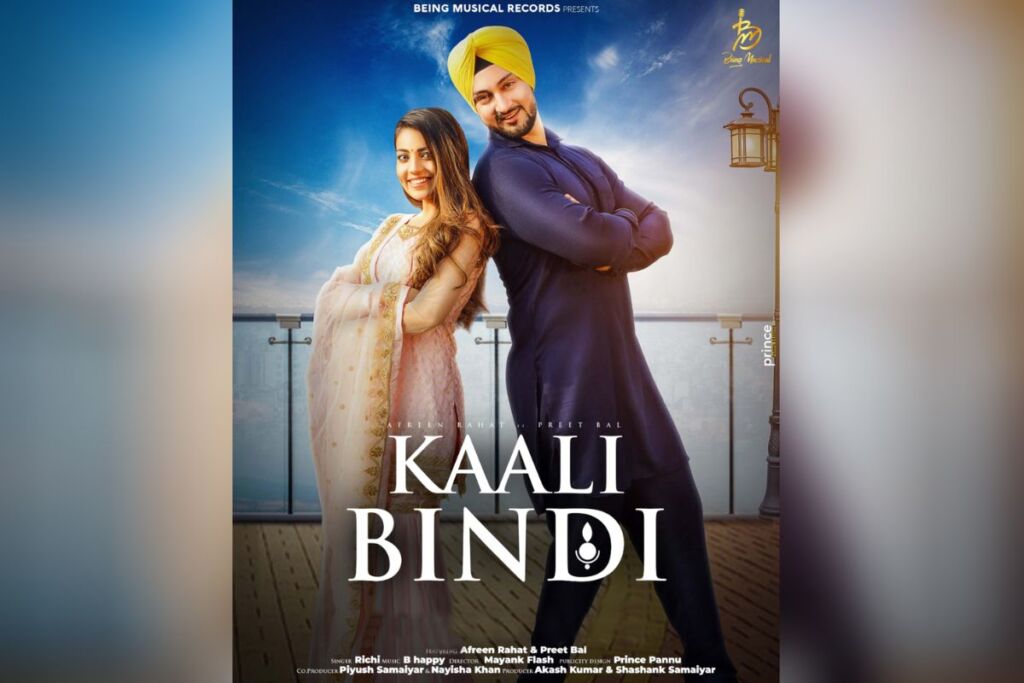 August 17: The recently released Punjabi music video ‘Kali Bindi’ starring Preet Bal and Afreen Rahat has become an instant hit among fans. The song, released on July 7, gained over 1.5 Million views on Youtube in just a week and currently has 1,622,471 views and 9.5k likes.

Actor Preet Bal shared that he is grateful for this massive success. He said, “It was a pleasure to shoot ‘Kali Bindi’ music video. When Afreen Rahat and I started working on the song, we  instantly recognized that we had something very special to treat party-lovers.”

“As we had very little time to choreograph the Bhangra dance before the shoot, the experience was quite challenging too,” he added. The music video shows Preet Bal and Afreen Rahat vibing together on infectious Bhangra beats.

The music video’s appealing aesthetics and catchy tune have received many favourable reviews. Released under the banner Being Musical Records, the video has been produced by Akash Kumar & Shashank Samaiyar. Earlier, actor Preet Bal also featured as a lead in the “Munda Dilli Shehar Da” music video, which became a huge hit on YouTube.

Check Out the Video: https://youtu.be/fSxdbbcJgKk