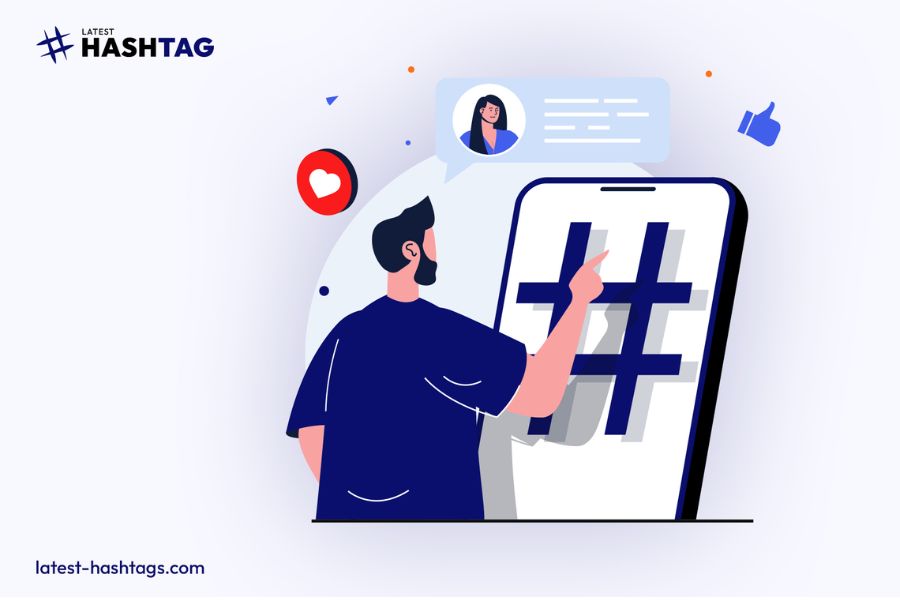 Bangalore (Karnataka) [India], January 24: Are you on the lookout for the best hashtags to increase the engagement of your social media posts and boost your business? Then Bookmark latest-hashtags.com right away. The recently launched website is the hub for generating Artificial Intelligence (AI) based and free of cost hashtags in the blink of an eye.

Latest-hashtags.com is the brainchild of Sanjay Jalota, a web developer and designer based in Bangalore. The failure to get traction for social media posts for his company because of absence of relevant hashtags is what got him thinking of an automated hashtag generator, which ultimately resulted in the birth of latest-hashtags.com.

“I realised that not just I, but every single person, brand, and organisation that uses social media needs hashtags. The simple idea was to come up with the best automated hashtag generator tool and help millions of users boost their social media posts and social media accounts with the perfect hashtags. I worked for ten months to come up with latest-hashtags.com, and I am very happy with the response it has received,” said Sanjay.

Latest-hashtags.com uses Artificial Intelligence and other technological tools to generate popular and relevant hashtags for popular platforms such as Instagram, Facebook, Twitter, LinkedIn, TikTok, and Pinterest within seconds. It has launched with more than 2 lakh hashtags in a day. The website covers the most popular hashtags globally and is fast becoming the go-to platform for creating the best and trending hashtags. Going ahead, it aims to cover more than 10 million hashtags on the website.

“We generate over 500 related hashtags in every search. No one else has so many. We also have hashtags in multiple categories such as life, business, entertainment, motivation, weight loss, industry, country, celebrities, sports, cricket, Love hashtags and many many more. There are also categories such as trending and popular. We are also constantly adding new categories as we gain more insights into this fast-changing and dynamic segment and grow further,” Sanjay said further.

Hashtags are the new normal and one can see hashtags in a majority of social media posts. With a single search, Latest-hashtags.com users can generate free hashtags and more than 500 related hashtags, which they can directly copy and paste into their social media posts. The platform’s AI-based algorithm generates the best hashtags.

The hashtag generator is the perfect solution if a user doesn’t have the time to add hashtags to every word. Adding a hashtag every time is also annoying, but using latest-hashtags.com’s hashtag creator tool, users can generate free-of-cost hashtags by just adding words.

Lakhs of hashtags are generated across social media platforms on a daily basis, and many of them trend globally. Hashtags function as clickable keywords on social media uploads and having the right hashtags can help attract a lot of traffic. When a user clicks one, the posts with that tag and the most recent posts appear. A user can track hashtags like following another person if they are particularly interested in a particular subject. Many people use hashtags to share their posts with the right audience, influence them towards their niche, and generate a more trustworthy and healthy brand image.

Having the right and relevant hashtags along with social media posts is equally important as they help users boost engagement, optimise their profile and content, increase follower count, enhance brand voice, increase sales, and steal a march over competitors. Hashtags attract more people by organising photos and video content for the audience, ad adding trending hashtags to a brand can lead to enhanced engagement and likes. Hashtags also draw attention to likes and comments on one’s posts. And with hashtags, there are higher chances of being more searchable, and for the post to get more likes.

Hashtags also play an important role in building brands and enhancing the brand image. It showcases professionalism and creates a trustworthy image of the brand in the target audience’s mind, while also generating goodwill.

While using specific hashtags in social media posts can do wonders, adding too many hashtags in a single post is not necessarily the best choice. Many users find multiple hashtags to be cumbersome and the result is poor user satisfaction and low engagement.

Sanjay also said that intelligently using hashtags can boost a brand’s online presence and engagement, but it is pointless to use the same hashtags again and again without a proper strategy or goal.